New article in "Journal of Economic Behavior and Organization"

An article "Gender heterogeneity of bureaucrats in attitude to corruption: Evidence from list experiment" by Polina Detkova, Andrey Tkachenko and Andrei Yakovlev was published online in "Journal of Economic Behavior and Organization".

Abstract: A high level of corruption usually constrains economic development in emerging countries. However, anti-corruption campaigns often fail because the relevant policies need to be implemented by existing corrupt governments. This article studies the extent of bureaucrats’ heterogeneity in attitude to the problem of corruption. Due to the sensitivity of direct questions on corruption, we conduct the list experiment among public procurement officials in Russia. We show that female bureaucrats consider corruption an obstacle to public procurement development, and find no such evidence for male bureaucrats. This heterogeneity holds even at the high-level occupied positions. Although the negative attitude to corruption does not necessarily imply the anti-corruption activity by women, recognition of the problem seems to be a prerequisite for supporting an anti-corruption policy. 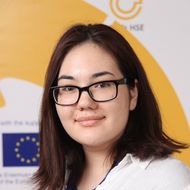