Abstract. This paper analyzes conflict resolution strategies in public procurement in two transition economies, Russia and Kazakhstan, based on a supplier survey. The results show that 25% of suppliers in Kazakhstan and 32% of suppliers in Russia said preferred to resolve all public procurement conflicts through negotiations with the procurer without involving a third party represented by the regulator and/or the judicial system.
The findings also revealed that Russian suppliers, potentially affiliated with procurers, are less likely to encounter conflict situations. The attitude to the practice of “predetermined choice,” when the procurer selects a supplier before the formal procurement procedure, was used as an indirect indicator of such affiliation. In addition, the empirical analysis shows that, in both countries, suppliers who are not inclined to trust the court and indicate high costs of participation in litigation are more likely to use the strategy of direct negotiations to resolve procurement conflicts. 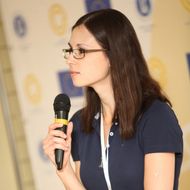