Since 2013 the International Center for the Study of Institutions and Development has been participating in the HSE Postdoctoral Fellowships Programmes. 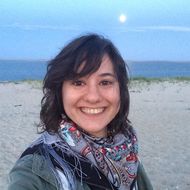 Research Fellow, International Center for the Study of Institutions and Development

Amanda Zadorian joined the International Center for the Study of Institutions and Development in 2018. From 2018-2021, she was a postdoctoral research fellow at the ICSID.

Amanda is a qualitative researcher in the field of international and comparative political economy. She holds a PhD in Politics from The New School for Social Research. Her fieldwork is sited in Russia and Brazil, where for her dissertation she studied how the transnational oil industry influenced reforms at national oil companies.

As a postdoctoral fellow at ICSID, Amanda looked into the relationship between the states and businesses under financial capitalism. Among her other academic interests are the political legitimacy of national governments and the forms of accountability in the modern economy.

Amanda's book “Competing for Legitimacy: Oil Industry Reform in Russia and Brazil”, which she worked on at the ICSID, will be published soon.

Amanda’s articles have appeared in Geoforum and International Journal of Public Administration. Her working languages are English, Russian, and Portuguese.

Milos Resimic joined the International Center for the Study of Institutions and Development in 2020.

As a postdoctoral fellow at the ICSID, Milos looked into the state capture in the postcommunist countries. Together with the other ICSID team members, he taught the «Empirical research in Social science» project seminar.

Among Milos’ academic interests are renationalization and political business relations.

His articles have appeared in Comparative Political Studies. His working languages are English, Serbo-Croatian, and Hungarian.

Have you spotted a typo?
Highlight it, click Ctrl+Enter and send us a message. Thank you for your help!
To be used only for spelling or punctuation mistakes.