Favouritism in the procurement system

Institute for Market and Industrial Studies held another session of the research seminar "Institutional problems of the Russian economy" on May 18, 2017. 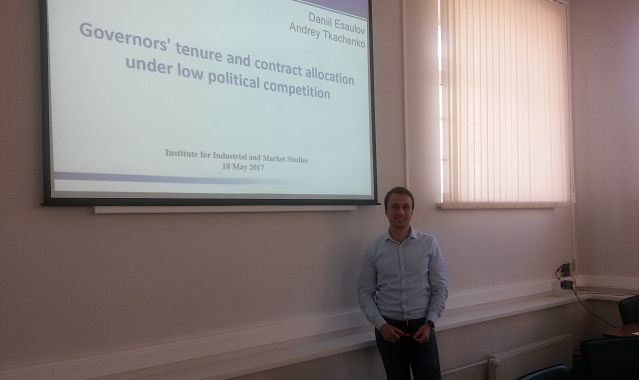 Abstract: This paper analyses the impact of governors’ tenure in office on public contracts allocation among firms in Russia. To verify this relation we match a database of public procurements on road constructions in regions during 2011-2014 with information about governors’ tenure in the office by the time of contract sign.  Employing contract-level data we show that during first years of governing an increase in governor’s tenure is associated with better outcomes with regard to procurement competition: such as more bidders per auction, less probability that the winner is local. But after several years of governing the situation begins to worsen: the amount of bidders decreases, the probability that the same firm wins the auction increases. The inflection point for procurement competition is situated approximately in the middle of the second term of governors’ tenure.