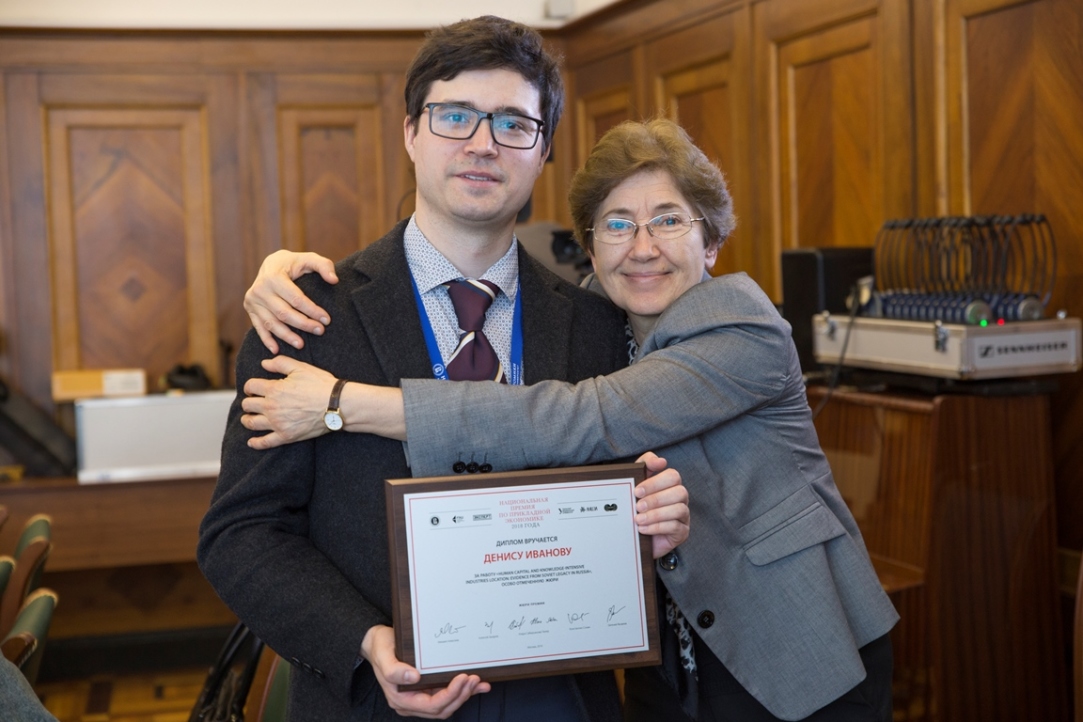 The Russian National Award in Applied Economics is presented once every two years for outstanding publications on the Russian economy at a country, industry, regional, or company level. The main purpose of the award is to identify works of high importance for the development of academic research and economics education in Russia, as well as for the increased efficiency of the Russian economy and economic policy.

The founders of the Russian National Award in Applied Economics are the Higher School of Economics, the New Economic School, the Ural Federal University, the Association of Russian Economic Think Tanks, the RAS Institute of World Economy and International Relations, and the business magazine Expert.

Twenty-six papers were submitted to the competition (22 in English and four in Russian), all of which were published in leading international journals. Sixteen papers made it to the expert evaluation stage. Each of these papers was assessed on a 10-point scale by at least two experts, who included both leading Russian and international scholars. The short list included five nominees, from which a winner and a particularly noteworthy paper were selected.

According to the rules of the Award, the Jury can allocate up to five papers nominated for the Award for public dissemination of information about them. However, this year, it was decided to choose only the paper "Human Capital and Knowledge-Intensive Industries Location: Evidence from Soviet Legacy in Russia" by Denis Ivanov.

The paper "Human Capital and Knowledge-Intensive Industries Location: Evidence from Soviet Legacy in Russia" takes advantage of a natural experiment created by the end of the Soviet planned economy in 1991, which had geographically distributed R&D manpower according to planned needs as opposed to a distribution determined by a market economy. It examines the extent to which the planned economy created a path-dependence in the location of post-Soviet human-capital intensive production. The study finds that regions with more R&D personnel in 1991did better in the development of modern market-oriented knowledge-intensive business services, like engineering and IT. Several explanations are offered for this path-dependence, with an emphasis on human capital externalities being the most plausible.

The winner of the 2018 Award is Ina Ganguli, Professor at the University of Massachusetts Amherst. The American researcher was celebrated for her series of articles analyzing the productivity of Russian scientists in the 1990s, as well as their decisions concerning emigration and the impact that emigration had on the diffusion of Russian science in the United States.
Topics
Research&Expertise
Keywords
publicationsresearch projectsachievements
About
International Center for the Study of Institutions and Development