A new article in The Journal of Politics

The article “Elections, Protest, and Trust in Government: A Natural Experiment from Russia” by Timothy Frye and Ekaterina Borisova was published online on the Journal of Politics website on April 16.

ICSID associate fellow Michael Rochlitz has been recently appointed Professor of Economics with the specialization “institutional change” at the University of Bremen.

Congratulations to Sarah Sokhey, a winner of the Ed A Hewett Book Prize

Sarah Wilson Sokhey, ICSID Associate Fellow and Assistant Professor at the University of Colorado Boulder, received the Ed A Hewett Book Prize for her book "The Political Economy of Pension Policy Reversal in Post-Communist Countries" that was published by Cambridge University Press in 2017.

The American Political Science Association (APSA) presented the Gabriel A. Almond Award to David Szakonyi at the 2018 APSA Annual Meeting & Exhibition, the world’s largest gathering of political scientists and source for emerging scholarship in the discipline. The award recognizes the best dissertation on comparative politics. The award was created in recognition of Gabriel Almond's contributions to the discipline, profession, and Association. Almond's scholarly work contributed directly to the development of theory in comparative politics and brought together work on the developing areas and Western Europe that prevented splintering into an array of disparate areas studies. 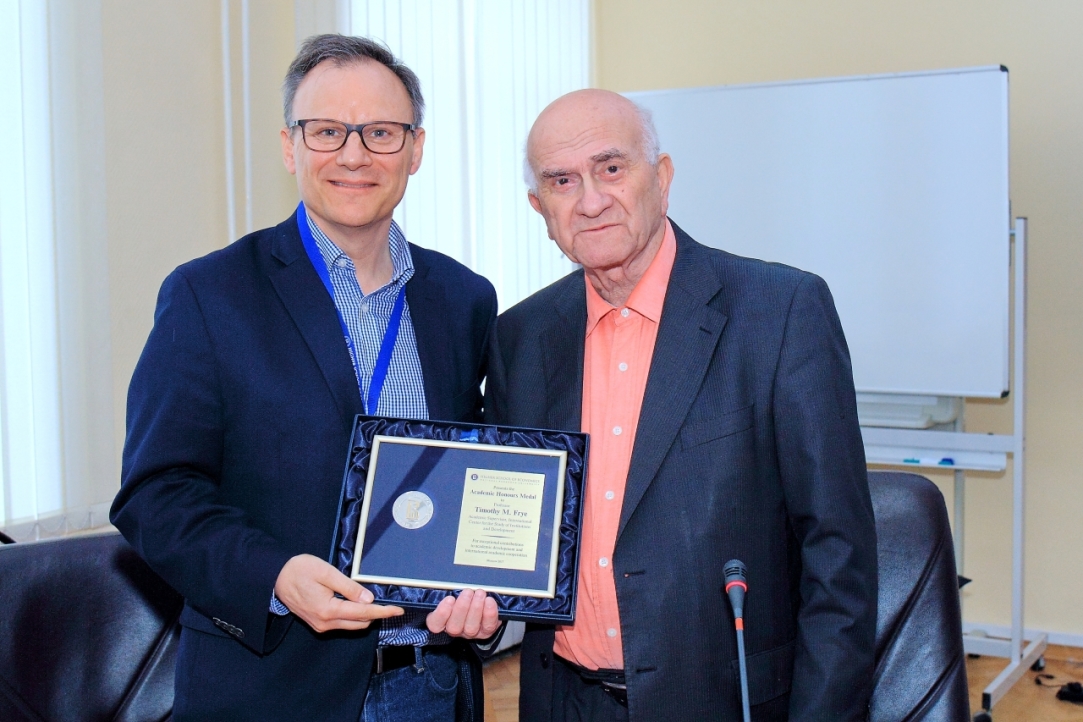 Timothy Frye was awarded a Medal of Honor from HSE for his active involvement in the work of the International Center for the Study of Institutions and Development (ICSID). The award was presented personally by HSE Academic Supervisor Professor Evgeny Yasin during one of the sessions of the 7th ICSID Conference "Political Economy of Development: Historical and Contemporary Factors" on June 8. 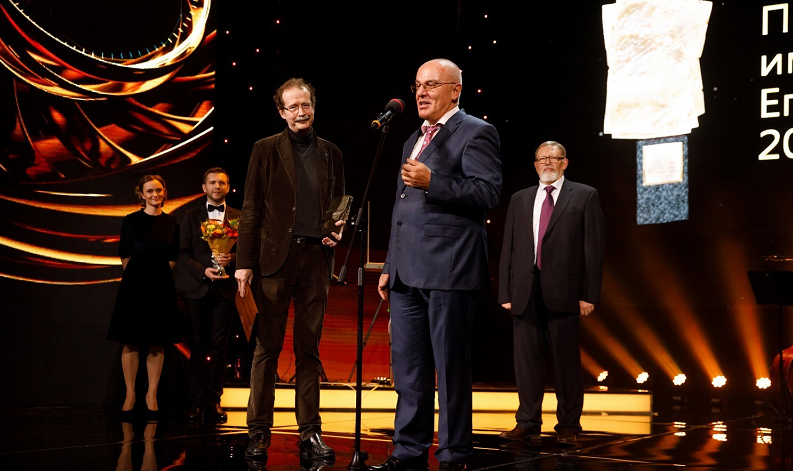 IIMS and ICSID Director Prof. Andrei Yakovlev became a winner of a prestigious Yegor Gaidar Annual Award for “Outstanding Contributions to Economics”. The Award Ceremony took place in the Theatre of Nations in Moscow on December 15, 2017.