Some of the ICSID researchers took part in The second Ghent Russia colloquium "Russia's political economy since 1992: Back to the future?" that was held at Ghent University (Belgium) on December 11-12, 2018. The  topics discussed focused primarily on Russian studies. 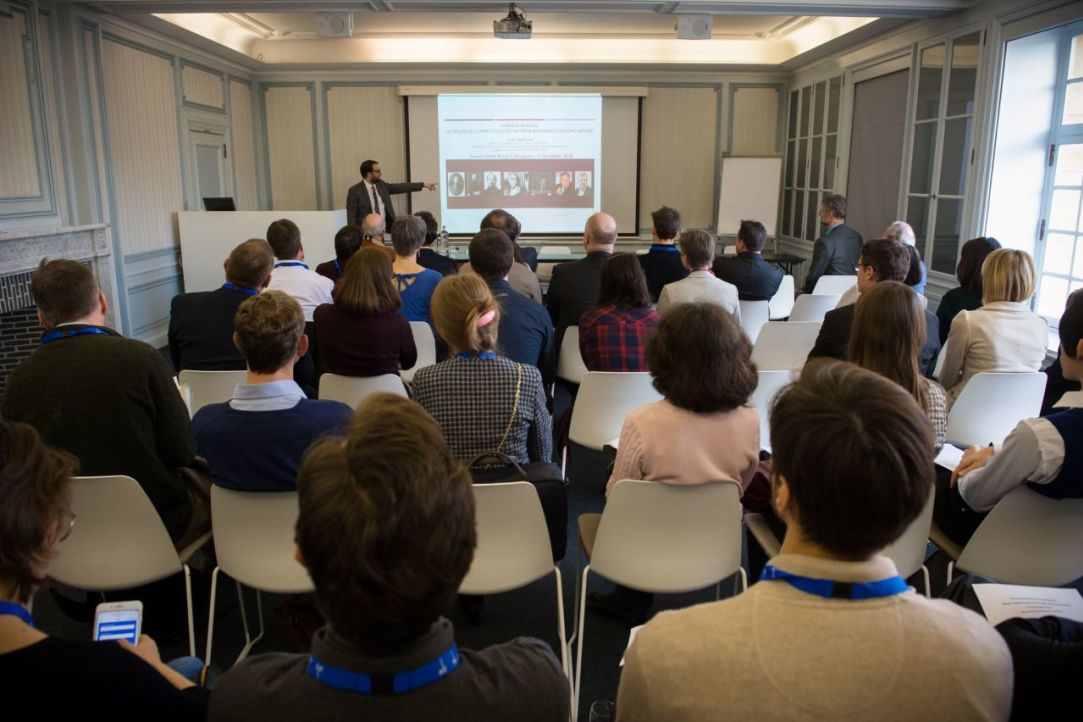 Since 1992, Russia has changed face repeatedly. The socio-economic collapse of the transition period governed by the Washington consensus, the financial meltdown with the default of August 1998, the emergence of Vladimir Putin as the new power broker and Russia’s economic revival during this period, Putin’s personal evolution from an economic liberal to a conservative nationalist, the ensuing stagnation of the Russian economy, and the renewed political and economic tensions with the West, have provided a breath-taking socio-economic roller-coaster that left most observers deeply puzzled. The early 2000 prediction of Shleifer and Treissman that Russia was about to become a normal country has been refuted by reality. Therefore, academic research that helps us to understand in which direction Russia might be going in light of its recent history is strongly needed.

The purpose of the second Ghent colloquium was to bring together scholars and practitioners working in various disciplines to present their research on the political economy of Russia. More than 30 researchers from across Europe, the United States and Russia shed light on different aspects of Russia’s political economy, history and cultural changes.

Papers that were presented by the ICSID staff members:
Levina I. “Decentralization of Firms in a Country with Weak Institutions: Evidence from Russia”
Szakonyi D. “Collateral Damage: Evaluating International Sanctions using Firm-Level Data“
Syunyaev G. “Discouraging Collective Action in Homeowners’ Associations: Evidence from Russia”
Borisova E. “Who to Help?Trust and Preferences over Redistribution in Russia”