On November 27, "Golden Citation" ceremony was held in the HSE University in order to award the most cited HSE scholars. Ora John Edward Reuter, senior research fellow of ICSID, became one of the nominee of this award

Ora John Edward Reuter, senior research fellow of International Center for the Study of Institutions and Development, became one of the nominee of the "Golden Citation" for his article "Regional patrons and hegemonic party electoral performance in Russia".

Abstract: A political scientist examines how regional elites shape the electoral fortunes of Russia's hegemonic party, United Russia (UR). Using original data on regional legislative elections from 2003 to 2011, we show that UR performs better in those regions where regional governors control strong political machines. Russia's leadership undercut its own electoral strategy by replacing popular elected governors with colorless bureaucrats who struggled to mobilize votes on behalf of United Russia. This is one of the reasons for United Russia's poor performance in recent elections. 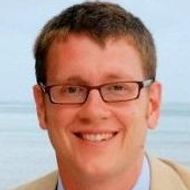